The technique was developed between 1888 and 1898 by Frederick Matthias Alexander.
As an actor and reciter, he was looking for a solution to his persistent voice problems. Through intense self-observation, he discovered how unconscious behavioral patterns interfered with his breathing, his muscles and thus with the formation of his voice.
This discovery never let him go and so he continued to study the influence that stimuli have on our body and our well-being.
He recognized that a free interaction between head, neck and back has a lasting positive effect on our health in general. 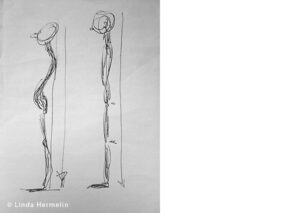